About Biratnagar
Biratnagar is a sub-metropolitan city in southeast Nepal. It is the third largest city ,after Kathmandu with total area of 58.48 sq. km and population is about 205,000. In Nepali “birat” means huge and “nagar” means city. In the past, the region had a king whose name was Birat and the ruins of whose palace can be seen. The name “Biratnagar” for the city comes from the name of King Birat. Biratnagar is situated within one of the most ethnically diverse regions of Nepal, and the rural hinterland is home to a diverse cross section of Tarai communities.Geographical location of Biratnagar is 26°28’60″N 87°16’60″E. 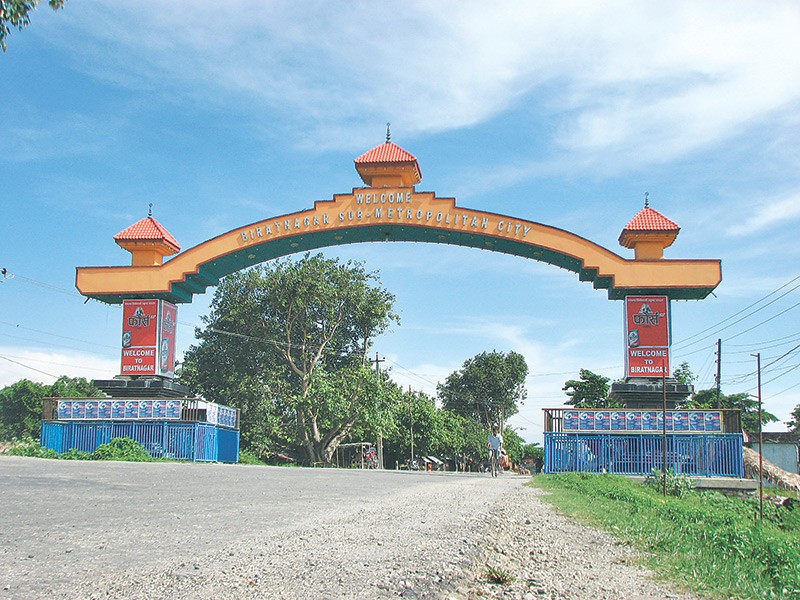 Culture of Biratnagar
The Culture of Biratnagar is the blend of Indian and Nepalese cultures. A lot of festivals are the same but only the manner in which they are celebrated differs among Nepalese and Indians living in Biratnagar. Biratnagar is equally famous for its high-spirited festival celebration. In Nepal’s biggest festival, large number of people including young persons visit the Kali Mandir, a temple that lies in the heart of the town. Some of the popular festivals are listed below.

Krishna Janma Asthami
Krishna Janma Asthami or the birthday of Lord Krishna is celebrated actively and together by both Nepalese and Indian communities. People tend to open small stalls everywhere where they keep a statue of lord krishna. Anyone visiting the stall gets little bit of prashad(some fruits). Also there is a culture of Jagram(staying awake all night) on Janma Asthami night. On the day there is also a tradition of Rath Yatra(Chariot pulling). Its basically like a parade, where a chariot is pulled by people and basically whole of Biratnagar turns up to witness the event. The next day is a bit gloomy as all the statues of Lord Krishna are taken to the River nearby called Singya and given away to the river. The process is called “Murti Selaune”.

Dashain
Dashain is celebrated mainly by the Nepalese communities. Generally there are ceremonies in the Kali Temple on the main street. The event lasts for 15 days.

Tihar Festival
In Tihar festival of lights the residents line their homes with diyo (an earthen oil lamp), candles and decorative electrical lamps during the two days of celebration and there is decoration in main road which includes use of Banana tree and Bamboo in all shops. Crackers are band in Nepal. 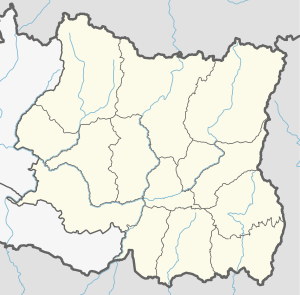 Location of Biratnagar
Biratnagar is located in the Gangetic plains and the land is very fertile. Hence Biratnagar has traditionally been an agricultural hub and is home to many industries based on agriculture. It is located at the border with India and is therefore a major centre for trade and commerce with India. A rail line ends in Jogbani, India on the border. Biratnagar has many small villages nearby which is very good for tourism purpose. It is also nearby from Illam, a main town which has many tea plantations for tea.

The second largest city in Nepal, Biratnagar is primarily known as the industrial center of the country. Located in the Morang district, this place attracts a number of tourists with its laid-back appeal, colourful festivals and a unique culture. On a trip to Biratnagar, visitors can discover the ruins of a wonderful palace built by King Birat; enjoy bird watching in the Koshi Tappu Wildlife Reserve; shop for local handicraft, spices and other local produce in the Haat Bazaar or visit the classical Kali Mandir, located in the heart of the city. There are a number of worth-exploring places near this city.

Tourist Attractions in Biratnagar
Biratnagar is not a typical tourist city but is a huge center to explore the interesting places in eastern Nepal like Ilam. There are many things to do in the city. One can wander along the unique market that is along a straight road and branches out and savour the street food. A number of colourful haat bazaars (weekly markets) are held each week in different parts of the town, where farmers from the rural surroundings set up stalls to trade agricultural produce, spices and handicrafts.Biratnagar is ideal as a hub for travel plans in Eastern Nepal.

Tourist Attractions near Biratnagar are –

Koshi Barrage – The Koshi Barrage on the Koshi river (two-hour drive) is a remarkable sight. Biratnagar is the hub of air routes in eastern Nepal.The largest rhododendron forests of Tinjure, Milke and Jaljale can be reached in about 3-4 hours. Scenic treks with views of Mt. Makalu and Kanchenjunga can be started from the small towns of Basantapur or Tumlingtar.

Dharan – Dharan is about 50 km from north of Biratnagar. Dharan is famous for Dantakali temple, Pindeshwar temple, Budha Subbha temple and Panch Kanya and is surrounded with hills and Bhedetar is famous view point.

Jogbani
Jogbani is a city which serves as a border between Nepal and India. It is a main shopping destination for people of Biratnagar as well as nearby cities like Dharan and Dhankuta.

Baraha Kshetra
It is an important Hindu pilgrimage site which is located at the convergence of Koka and Sapta Koshi rivers. According to Hindu legend, Lord Vishnu as His fourth avatar Lord Nrsimhadeva came down to earth and destroyed Hiranyakashipu, an evil demon at this very spot.

Birateswar
Birateswar is an endangered heritage of Nepal. King Birat ruled over this region in historic period and even there we can find the palace of king Birat. 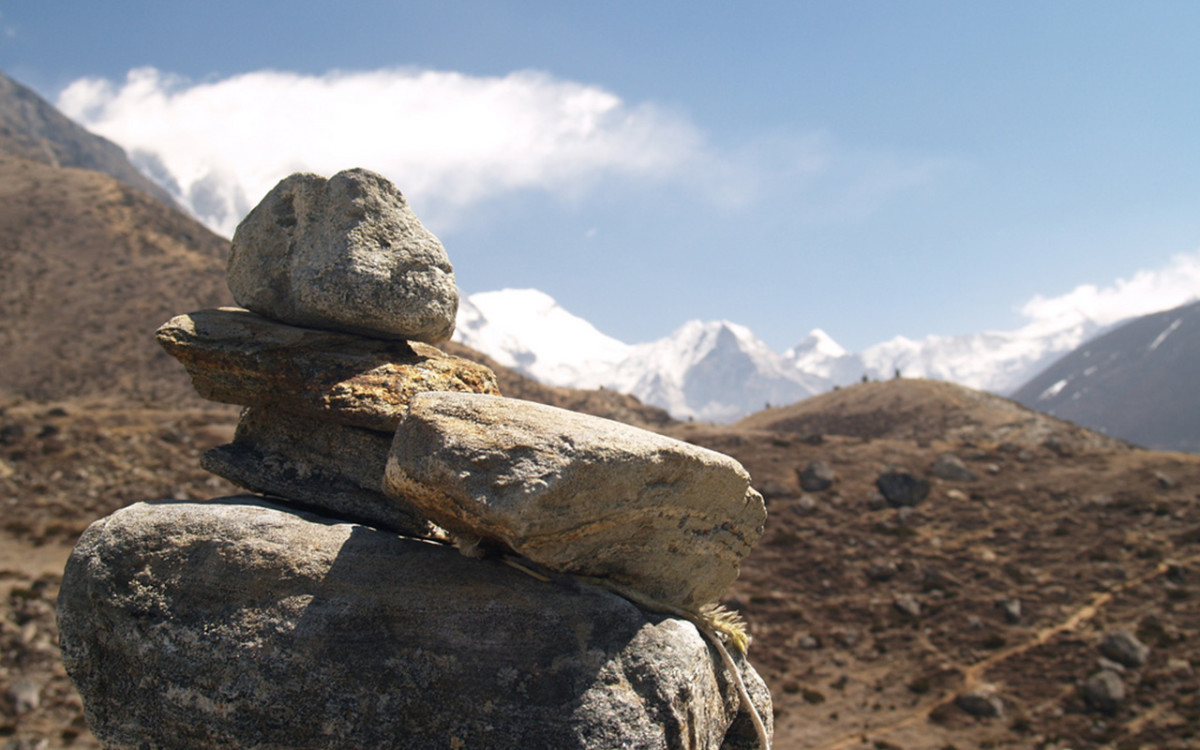 Trekking
For adventure-seekers, trekking through the winding trails in the small towns of Basantpur and Tumlingtar that present wonderful views of Mount Makalu and Mount Kanchenjunga can be absolutely wonderful. Luring visitors with an interesting array of attractions, this city is the perfect place where the natural beauty and culture of Nepal can be seen at its best.

How To Reach Biratnagar
By Rail
It is also easy to travel to and from India by trains from Jogbani railway station, just across the border in India. There are direct trains to Kolkata and the Indian capital New Delhi from Jogbani. The border crossing from Jogbani has a customs checkpoint. A survey for an extension of the railway track from Jogbani to Biratnagar has been done.

By Road
Biratnagar is well connected to other parts of the country through buses. Road transport is the most significant mode of transport to the city Biratnagar .

By Air
Biratnagar Airport is one of the busiest airports in Nepal with most flights to Kathmandu. Biratnagar is also linked to Kathmandu and some hilly places by air transport.

Intercity
The best way of getting around the city is by using cycle rickshaws and taxi. There are also auto rickshaws running short distances but they don’t operate in the main market area. For easy roundabout of the city there are tempos and rickshaws.