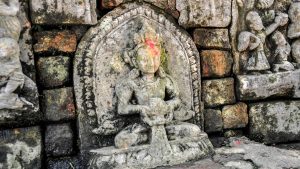 Doleshwar Mahadev Temple, which lies in Bhaktapur district of Nepal, is 20 km from the capital city of Kathmandu. It is an approximately of 30 minutes drive from Kathmandu to Doleshwar. For all the Shiva devotees, it is believed that the trip to Kedarnath is incomplete without visiting Doleshwar Mahadeva and Pashupatinath. The visit to all these three holy places is believed to wash off all the sins of one’s lifetime and an opportunity of receiving holy blessings from Lord Shiva.

On Aug. 22, 2009, the Doleshwar Mahadev was officially declared as the head of Kedarnath, one of the Char Dham Yatra, by Shree 1008 Jagat Guru Bheemashaankarling Shivacharya, the head priest of Kedarnath. The relation between Kedarnath and Doleshwar was unknown to the general public for the last 4,000 years. 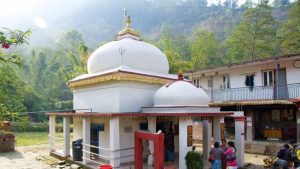 Looking back at the history of Doleshwar Mahadev, it is believed that Pandav brothers, after the Mahabharata of Kurushetra, left for the Himalayas in search of forgiveness from Lord Shiva for the killing of many people during the war. But as Lord Shiva was not willing to forgive them he disguised in the form of bull. Having known about Lord Shiva’s disguise as the bull that was about to flee, Pandavas caught the tail of the bull and in this time, the head of bull got separated from the rest of the body. It is believed that the remaining body is in Kedarnath in the Uttharkhand of India, and that people have been searching for the head part since then.