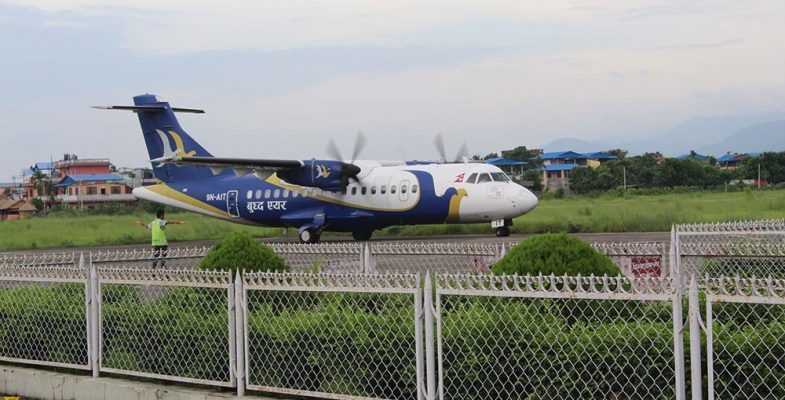 Tumlingtar is a city in Eastern Nepal. It lies in Sankhuwasabha District, in between two beautiful rivers, Arun River and Sabha River. It is recorded as the deepest valley in Nepal.
Buddha Air has daily flights from Tumlingtar to Kathmandu and weekly 3 flights from Tumlingtar to Biratnagar. The duration of Tumlingtar to Kathmandu flight is 35 minutes and Tumlingtar to Biratnagar flight is 20 minutes. You will love to experience this flight as you will see the Himalayas of Nepal rolling by your window.
Tumlingtar Airport is the main gateway to Makalu Trek. You can visit Makalu Barun National Park during this unforgettable trek. This park exhibits a wide diversity of forest types, faunal species, butterflies and species of reptiles and amphibians.
Tumlingtar is popular for the temple of Hindu Goddess Manakamana. It is situated 2.5km north from Tumlingtar Airport. Manakamana Temple is believed to fulfill the wishes of devotees. While on the top of the temple, you also get to enjoy the natural beauty of Nepal’s Himalayas and see mountains like Manaslu, Annapurna and rivers like Trishuli and Marshyangdi rivers.