The most distinctive characteristic of Bhutanese cuisine is its spiciness. Chillis are an essential part of nearly every dish and are considered so important that most Bhutanese people would not enjoy a meal that was not spicy.

Rice forms the main body of most Bhutanese meals. It is accompanied by one or two side dishes consisting of meat or vegetables. Pork, beef and chicken are the meats that are eaten most often. Vegetables commonly eaten include Spinach, pumpkins, turnips, radishes, tomatoes, river weed, onions and green beans. Grains such as rice, buckwheat and barley are also cultivated in various regions of the country depending on the local climate.

This is the National Dish of Bhutan. A spicy mix of chilies and the delicious local cheese known as Datshi. This dish is a staple of nearly every meal and can be found throughout the country. Variations on Ema Datshi include adding green beans, ferns, potatoes, mushrooms or swapping the regular cheese for yak cheese. 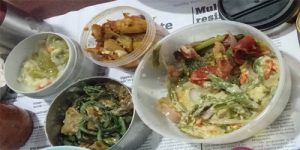 These Tibetan-style dumplings are stuffed with pork, beef or cabbages and cheese. Traditionally eaten during special occasions, these tasty treats are a Bhutanese favourite. 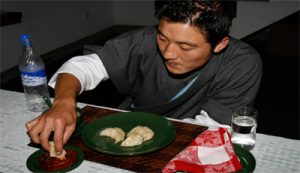 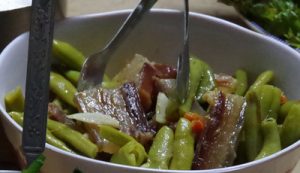 Spicy minced chicken, tomatoes and other ingredients that is usually served with rice. 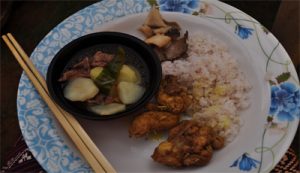 This rice is similar to brown rice and is extremely nutritious and filling. When cooked it is pale pink, soft and slightly sticky. 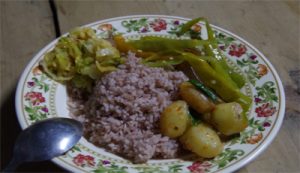 Though the popularity of tripe has diminished in many countries it.is still enjoyed in Bhutan. Like most other meat dishes, it is cooked with plenty of spicy chillis and chilli powder. 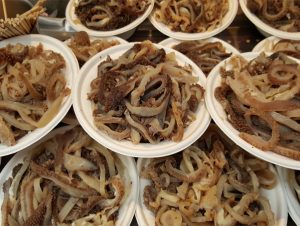