Gasa, the northernmost district of the country adjoins the districts of Punakha, Thimphu and Wangdue Phodrang and with Tibet to its north. This starkly beautiful region with elevations ranging from 1500 to 4,500 m experiences extremely long and cold winters and short but beautiful summers.

It has the smallest population with just about 3000 inhabitants. This region is inhabited by the Layaps; nomadic herders with a unique culture. Their main source of revenue comes from trading products made from their yaks, such as yak hair textiles, cheese, butter and yak meat. They also harvest and sell Cordyceps, (a fungus of extremely high value that is frequently used in oriental medicine). The majority of the known herds of wild Takin also occur in Gasa.

Gasa has become a tourist destination because of its pristine forests and the exceptionally scenic location of its Dzong. A narrow road from Punakha, which is mostly unpaved, reaches up to the Dzong and is now being extended up to Laya. Gasa Dzong was built by Zhabdrung in 1646 to commemorate the victories over the Tibetans and it later defended the country against several invasions in the 17th and 18th century.

Gasa is famously known for its inhabitants, the Layaps, and for the Snowman Trek – one of the most challenging treks in the Himalayas. The newly established festival called the Royal Highlander Festival is becoming more popular each year. Attending this festival allows you to see the real feature of this remote Dzongkhag and should not be missed by travellers. Gasa is also famous for its healing hot springs, located around 2hrs walk at the bottom of the ridge. The hot spring is popular amongst Bhutanese all over the country during the winter.

Let your adventurous spirit take you on a three nights trek to Laya. Situated at an altitude of 3800 m, this village will mesmerize you with their unique culture.

It is amazing how a small pocket of ethnic groups survived for so long in the northern part of the country. Anyone on the Snow Leopard trek or the grand Snowman Trek will converge through Laya. To experience the maximum cultural richness, time your trip during their Owlay festival. This festival only takes place once in three years.

Locally known as the Tashi Thongmon Dzong, the fortress served as a defending barrack in the 17th century. It was named after the region’s protecting deity Tashi Thongmon.

The fortress is unique with a circular shape and three watch towers that are placed at strategic points. The beauty of the dzong is heightened during clear days with a view of Mt. Gangboom. Time your trip there during the annual autumn festival.

The valley of Lunana is the most remote of Gasa district. To see Lunana is to experience the culture of the Himalayan people residing amongst the glaciers.

The people here make their living from yaks and sheep. The nomads here know a lot on medicinal herbs and have benefited a lot from cordycep harvesting. This wonder worm (Cordyceps sinensis) has given the nomads an extra income which will eventually lead to preservation of this nomadic culture. 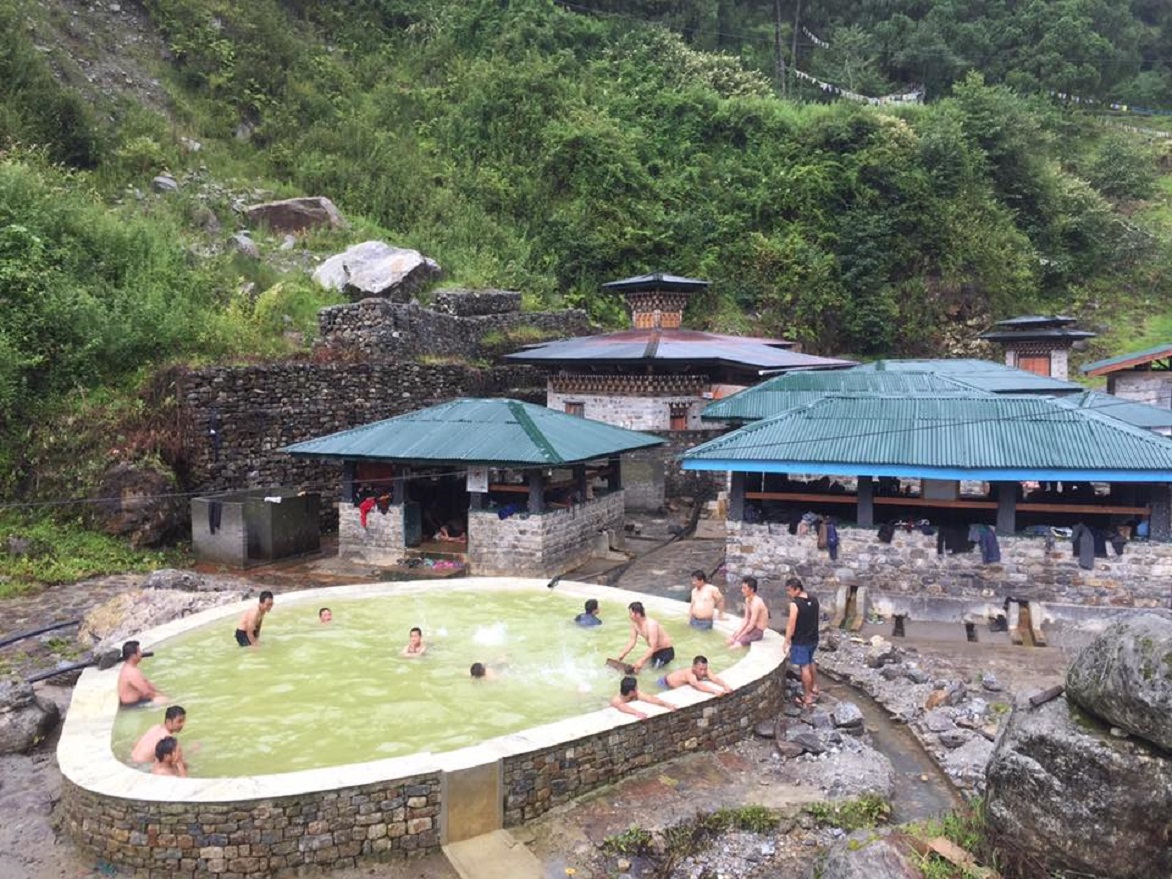 The hot springs at Gasa in Western Bhutan are situated close to the banks of the Mo Chhu River. This is one of the most popular springs in the country and are frequented not only with tourists but with local people as well.

To get to the Gasa Hot Spring, visitors must trek for approximately 40 minutes from the nearby road to the springs located on the valley floor. There is also an option to travel half way by vehicle until the village of Damji were it is a beautiful six hour trek to Gasa through gorgeous hills covered in verdant forests of pine and oak..

The route also takes you through small villages, bamboo forests and across sparkling mountain streams. Along the way, trekkers will cross a mountain pass from which there is an absolutely stunning view of Gasa Dzong seated below majestic snow covered mountains.

There are three bath houses at the Gasa Tshachu. One of the bath houses contains a large bathing pool and the remaining two each have two smaller pools. The water temperature varies in each of the pool so visitors can choose the one that they like best. Bathing facilities have also been provided to ensure that the Hot Springs remain clean and hygienic. There is also an outdoor pool close to the facilities that are frequently used by both domestic and wild animals such as Takins.