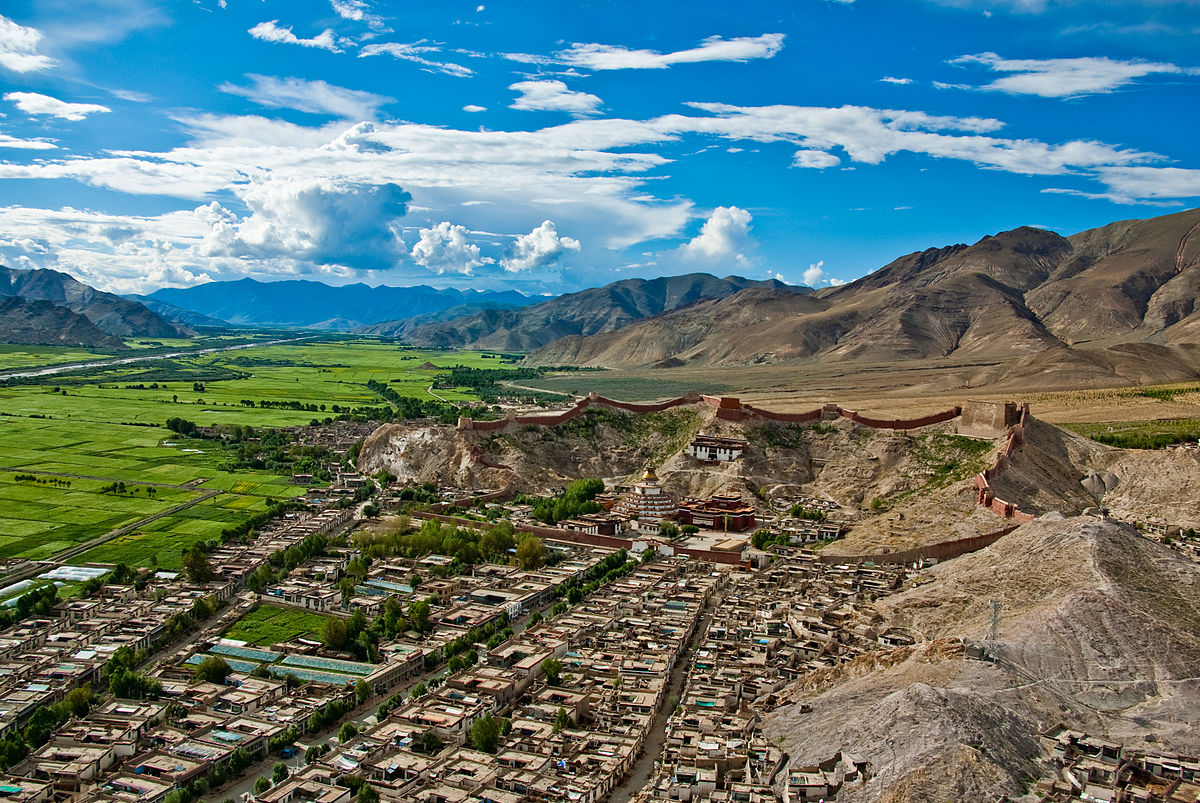 Different from other scenic spots celebrating Tibetan Buddhism, Gyantse Dzong (Dzong Fortress) is famous for a patriotic story. In 1904, British troops invaded Gyangtse but encountered fierce opposition from the strong and brave Gyangtse people. They defended their city from a fortress on Zongshan Hill, using primitive guns and cannons, swords, and even bows and arrows to fight against their invaders. The famous cliff where this fight took place is located in the center of Gyangtse. It is 125-meter high and has an altitude of 4,020 meters.

On the site there are the former residence of one of the commanders and some vestiges of the emplacement. 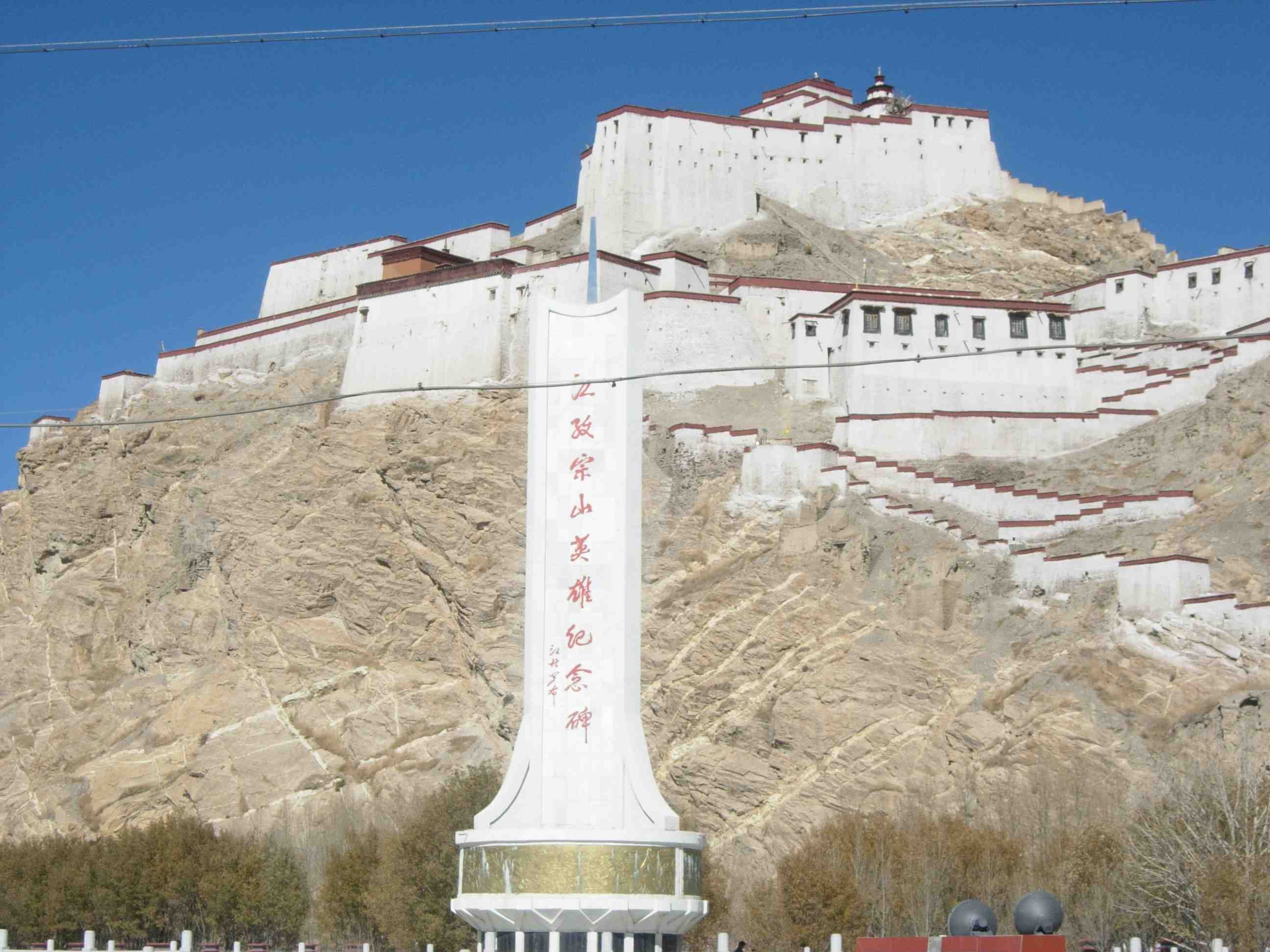 Gyantse Zongshan Anti-British Site is located in the north of Nianchu River branch of Yarlung Zangbo River in the back to the top of the Palkor Monastery mountain of Gyantse county, is 307 km from Lhasa, located in the communication hub to Yadong and Shigatse, is the thirtieth years’ reign of Qing emperor Guangxu period (1904) patriotic soldiers and civilians fought against British invaders sites in Tibet. With Zongshan high terrain, in order to fight against the British, people there built battery and other defenses in front of the mid-levels cliff, and used stone built 5-8 meters high and four meters wide fence. Now there is existing fort and sites.

Zongshan is not high, only 100 meters. But Gyantse is flat, so Zongshan stands head and shoulders above others, where is of great military significance. And Gyantse is more than 4000 meters above sea level, it is not easy to climb Zongshan. So Gyantse people early built castles, established Gyantse government on Zongshan as the portal of Lhasa. In Tibetan “Zong” means castles, fortress, and is also the name of the original Tibetan local regime at the county level administrative unit. Zongshan buildings built in the early 14th century, there were mainly Zongben (the head of county) office, assembly hall, temple and all kinds of warehouse, etc., all has been built from the hillside according to the mountain to the top of the mountain. In Gyantse Dzong Anti-British Site there is Anti-British battery, Head-Smashed-In Anti-British Warriors Jump, Gyantse government chamber and other attractions for tourists to visit.

Head-Smashed-In Anti-British Warriors Jump: the Gyantse guardian war lasted three months, finally in the case of outnumbered, under the circumstance of running out of ammunition and food supplies the warriors never surrendered to the enemy, and jumped from Zongshan Mountain north cliff. Now here was established a monument.

Dharma Temple: built in the Ming dynasty, which is also called Ruyi Temple. Inside there are the evidences of the British invaded China’s Tibet.

How to get to Gyantse Dzong: Zongshan Anti-British Site is located in the center of Gyantse County, tourists can take long-distance bus to Gyantse and then walk there.