Halesi is one of the ancient and holiest places of Nepal. It is equally popular among Hindu, Buddhist and Kirati.  The situation in the eastern part of Nepal, Mahadev Mahadev is religious as well as touristic place. It believed another Pashupatinath in eastern Nepal. The natural and huge cave is the main attraction of Halesi Mahadev. The cave is associated with Guru Rinpoche in Buddhism and Lord Shiva to Hinduism. There are several occasion big ceremony goes in the temple. Behind the temple, there is a huge natural cave which is capable of thousands of monks for meditation. Near the temple, Matrika Monastery lies, which is famous among Buddhist peoples.

There are three mysterious caves. It is believed to be three eyes of Lord Shiva. A first cave called Haleswar Mahadev is an image of the image of Shiva. Second caved called Basaha cave is an image of Nandi. A third cave called Bhairava cave is an image of Bhairav. The first cave is the main part of the temple with a natural image of Lord Shiva. This cave is about 300 feet down from the surface and there are well managed 102 stone steps. Reaching Halesi Mahadev is not only about religion but also an exploration of local tradition, natures and other experience of the hilly region.

Since Halesi Mahadev situated in the remote area of the hilly region, it is quite a long way to drive and take others optional. Helicopter charted from Kathmandu airport and return again is only a day plan. Helicopter chartered flight to Halesi Mahadev Temple provide enough time to explore caves, temple, monastery and surroundings. It 2 hours both way flight from Kathmandu and to Kathmandu. A total number of person accommodate in helicopter depend on total weight. Normally four to five peoples can share a small heli in this tour. 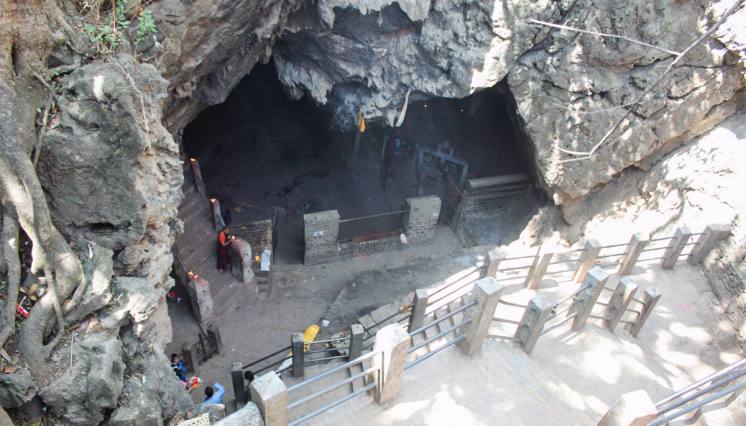 Drive to Halesi temple now is more comfortable than before. With new road construction, total kilometres reduce 232 via highway from Dhulikhel to Diktel. It is two days plan in total. First-day reaching Halesi Mahadev temple, visit and overnight. Second day morning visit and return to Kathmandu. Because of the hilly road, road condition can be changed as per season.

Haleshi Mahadev Tour can be combining with some other pilgrimage destination. Pashupatinath, Manakamana, Muktinath, Janakpur, Lumbini, Valmiki Ashram, Gajendramoksha Dham, Trivendham and many more. You can just dream of your destination. Touch Kailash Travels and tour fulfil your desire visit to any places you dreamed.