Paro is a valley town in Bhutan, west of the capital, Thimphu. It is the site of the country’s only international airport and is also known for the many sacred sites in the area. North of town, the Taktsang Palphug (Tiger’s Nest) monastery clings to cliffs above the forested Paro Valley. Northwest of here are the remains of a defensive fortress, Drukgyel Dzong, dating from the 17th century. 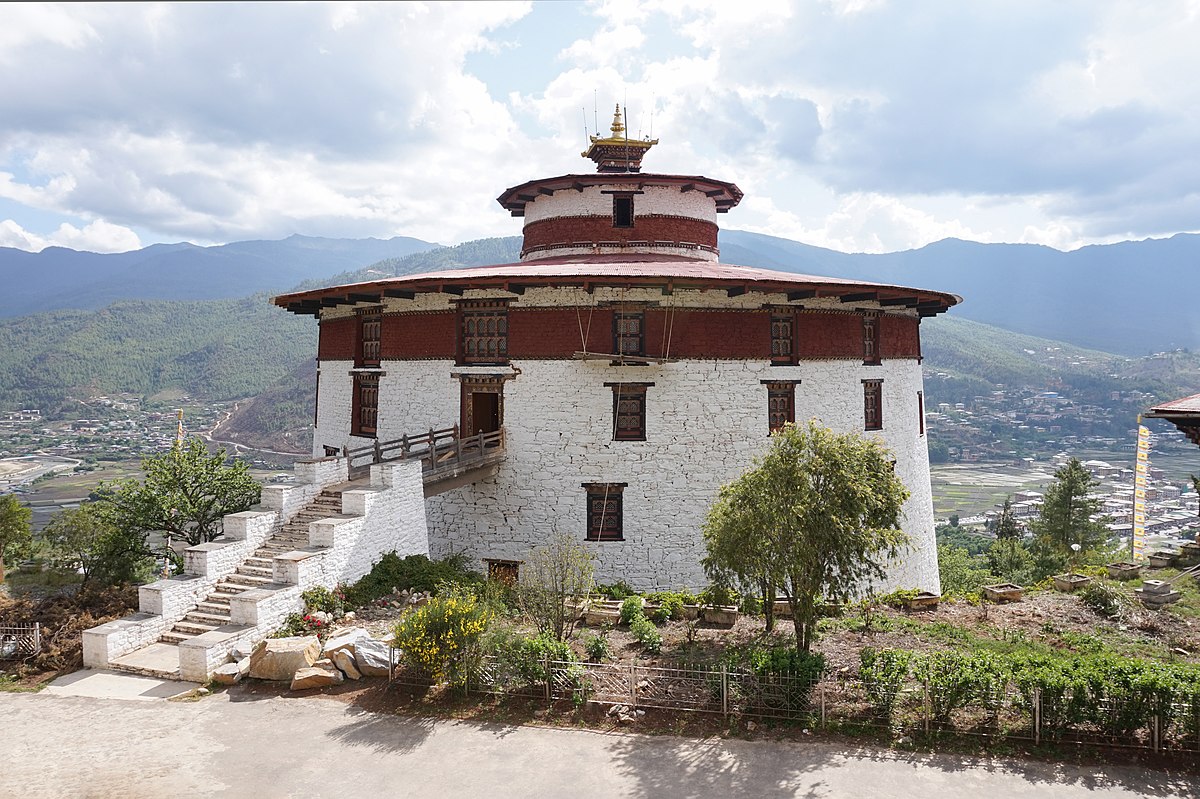 National Museum of Bhutan is a cultural museum in the town of Paro in western Bhutan. Established in 1968, in the renovated ancient Ta-dzong building, above Rinpung Dzong under the command of His Majesty, the King Jigme Dorji Wangchuck, the third hereditary Monarch of Bhutan. The necessary infrastructure was created to house some of the finest specimens of Bhutanese art, including masterpieces of bronze statues and paintings. Suitable galleries were constructed to house the extensive collections. Works of art were elegantly displayed on scientific lines.

Today the National Museum has in its possession over 3,000 works of Bhutanese art, covering more than 1,500 years of Bhutan’s cultural heritage. Its rich holdings of various creative traditions and disciplines, represent a remarkable blend of the past with the present and is a major attraction for local and foreign visitors.

Jangtsa Dumgtseg Lhakhang [zlum brtshegs lha khang] is a Buddhist temple in western Bhutan. The temple is notable as it is in the form of a chorten, very rare in Bhutan. It is located on the edge of a hill between the Paro valley and the Dopchari valley, across the bridge from Paro.
Address: Paro, Bhutan
Founder: Thang Tong Gyalpo
Affiliation: Buddhism

Kyichu Lhakhang, is an important Himalayan Buddhist temple situated in Lango Gewog of Paro District in Bhutan. The Jowo Temple of Kyichu is one of the oldest temples in Bhutan, originally built in the 7th century by the Tibetan Emperor Songtsen Gampo. It is considered to be one of the 108 border taming temples he built. In the 8th century the temple was visited by Padmasambhava and it is believed he concealed many spiritual treasures here. Je Khenpo Sherab Gyaltshen wrote that during the 12th century the temple was looked after by the Lhapa Kagyu tradition and that during the 13th century it was handed over to a descendant of Phajo Drugom Zhigpo’s son Nyima. In his The Nyingma School of Tibetan Buddhism: Its Fundamentals and History, Jigdral Yeshe Dorje (2nd Dudjom Rinpoche) records that the Jowo Temple of Kyichu could not be seen and that Pema Lingpa (1450-1521) uncovered the temple and restored it as it was before. In 1644 the temple was taken over by Ngawang Namgyal. From 1836 to 1838 the temple was restored and re-consecrated by the 25th Je Khenpo Sherab Gyaltshen. In 1971, Kesang Choden Wangchuck, the queen of Jigme Dorji Wangchuck built a Guru Temple next to the old Jowo Temple which was consecrated by Dilgo Khyentse. Ever since then the annual rites of great accomplishment for the deities Vajrasattva, Palchen Heruka, and Vajrakilaya have been held in this temple for the well being of the country under the patronage of Kesang Choden Wangchuck. There is a belief that the two orange trees in the courtyard of Kyichu Lhakhang bear fruit throughout the year. 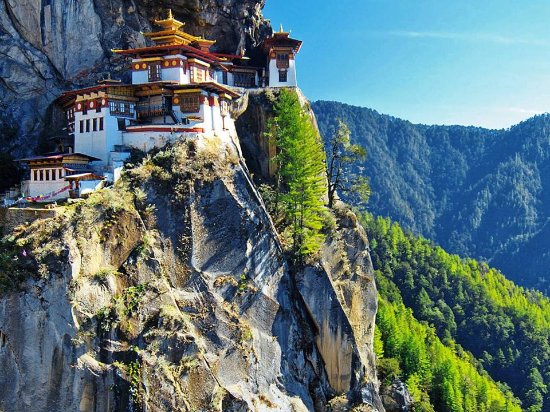 Paro Taktsang, is a prominent Himalayan Buddhist sacred site and the temple complex is located in the cliffside of the upper Paro valley in Bhutan.
Address: Taktsang trail BT, Taktsang trail, Bhutan
Dedicated to: Padmasambhava