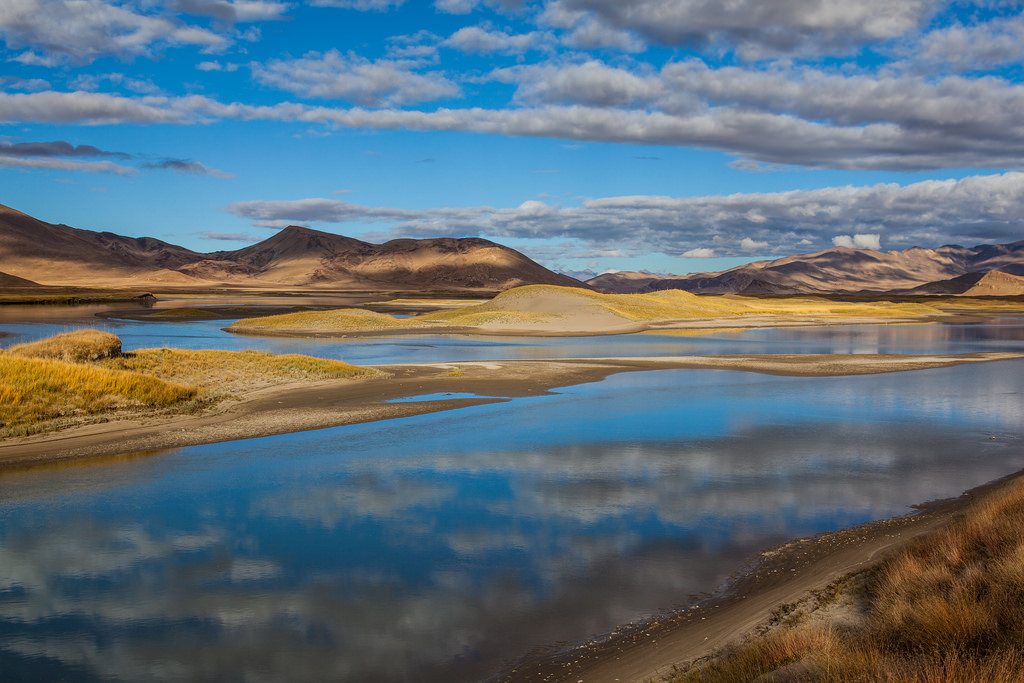 It is Located in the northern foothills of the Himalayas, Southwest edge of the south Kailash Mountains, belonging to the upstream area of Brahmaputra River; the county is with a total size of 25,500 square kilometers and a population of 13,000. Its Terrain is typical “West Plateau Mountainous Terrain”; high in its north, and lower in its east; With average altitude of 4,600 meters above sea level.

The National road No. 219 cross through the whole from east to west which is the main road that connect Lhasa – the capital of Tibet and Ali and Burang (Purang)

The capital town of Saga county is called “Jia-Jia town” seated some 14 km west of old Kyakya village and about 60 km southwest of Raga Road-junction. The Dargye Tsanpo River pass through here and join Brahmaputra at Saga Chakzam. Saga County township is located at the intersection of four roads, of which are:

Saga in Tibetan is translated as “the Lovely Place” in Tibetan, meaning “Happy Land”. It has grown rapidly in the recent years due to well developed tourism. It is approximately 470 kilometers east of Mt. Kailash. Almost a must stop destination for overnight when travel to west Tibet.

Described as the “Valley of Happiness”, Kyirong Valley lies in the shadow of the massive Himalayas in the far west of Tibet, filled with a lush landscape of green fields and small rural hamlets. Isolated behind the high mountains, this stunning valley is often passed through without a thought, and many travelers to Tibet from Nepal miss out on what is possibly the most beautiful valley in the world. With many of the locals not having seen many western tourists, stepping into this stunning valley is like stepping back in time, as this part of Tibet has changed very little in the past few hundred years.

For most tourists, Kyirong Valley is just one stop for Tibet Nepal land border crossing. However, it is also a good place to enjoy the natural beauty and Tibetan culture on the way of the Tibet Nepal Overland tour. Here is the detailed travel guide about Kyirong Valley in Tibet. Hoping you can have more fun at Gyirong which is easy to be ignored by most common tourists. 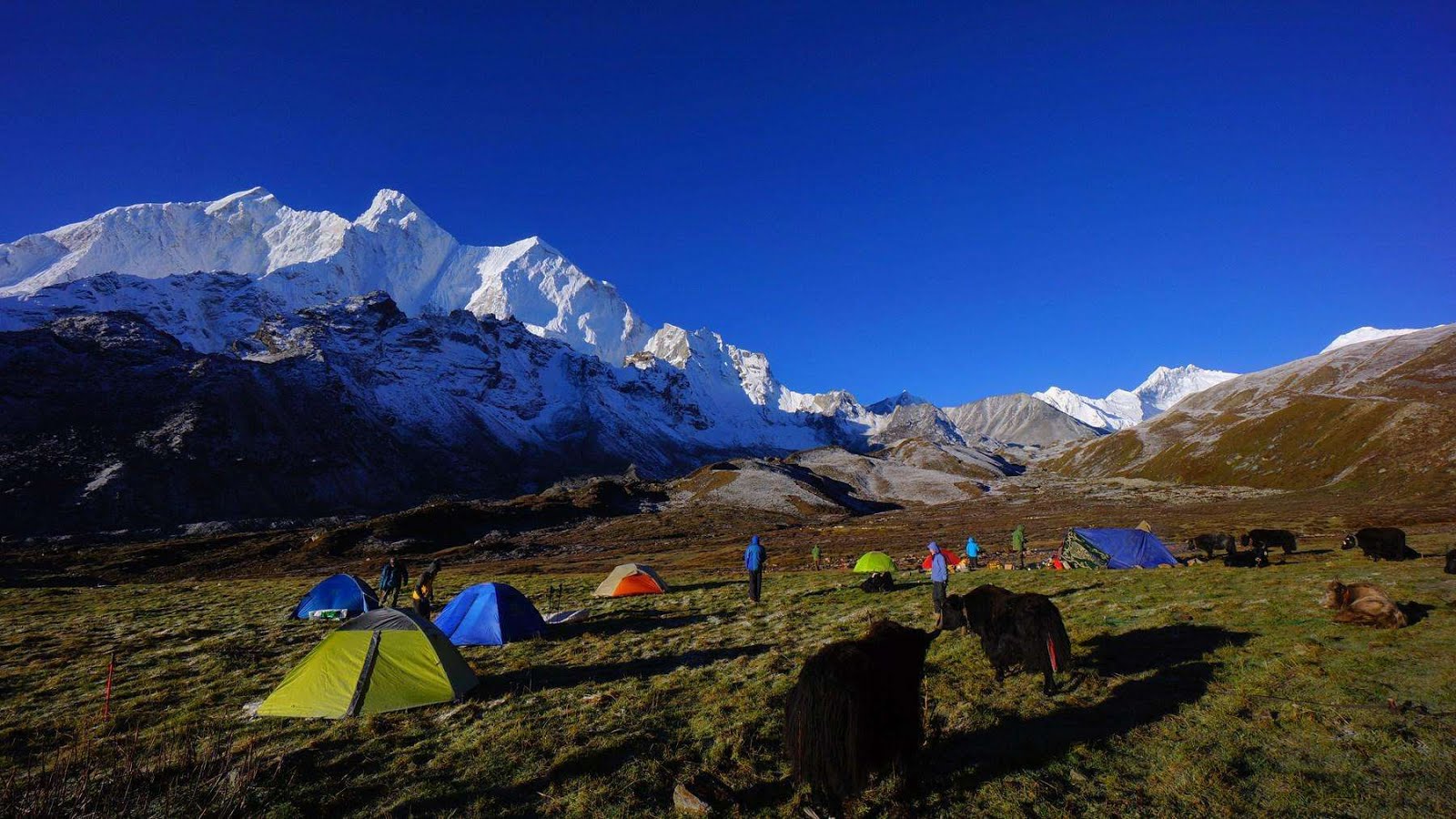 Where is Kyirong Valley

Located near the border with Nepal, in Shigatse prefecture of Tibet, Kyirong valley is the first place many people see when entering Tibet from Nepal. Isolated below soaring Himalayan mountains, this hidden gorge is the course of the Kyirong Zangbo River, which merges with the Trishuli River as it passes from Tibet into Nepal at the Gyirong Port / Rasuwagadhi Fort border crossing point. Around 500 kilometers from Shigatse and more than 800 kilometers from Lhasa, the Tibetan capital, it is a twelve-hour drive from Shigatse city through winding mountain roads to get to the valley.

The valley was once the main trade route between Nepal and ancient Tibet and is now the main entry point into Tibet for foreign tourists traveling from Nepal overland to Lhasa. The gateway to Tibet was also a major point of entry for the militia from Nepal, who transported arms and weapons into the valley for supply to the Nepalese forces in the occasional forays into Tibetan territory. At around 93 kilometers long, it is the deepest of the Five Valleys that are found in the mid-Himalayas.

What to See and Experience in Kyirong Valley

While the valley is rarely visited by outsiders, there are a huge number of things to see and do there. Records of the ancient Tibetan kingdoms make mention of the valley as far back as 658 AD, yet to this day, few people have ventured there to learn its secrets and explore the stunning beauty of the place.

Nestled amongst the mighty Himalayas, this beautiful valley has some of the best views of the mountains around it, with Langbo Kangri to the west and the spectacular Mount Shishapangma to the east. Venture a little further west into the side valleys that branch off from the main valley floor, and you get a great view of Mount Manaslu, one of the popular trekking areas in Nepal. In the eastern branch valleys, you can clearly see the peak of Mount Cho Oyu, and in the distance, if the weather is clear, you can just see the summit of Mount Everest poking its head above the rest of the Himalayas.
View of Himalayas from Kyirong ValleySpectacular view of the Himalayas can be seen in Kyirong Valley.

Isolated from the outside world, and little affected by the passing millennia of the Tibetan Empires and Kingdoms, Kyirong Valley has retained a culture that s as ancient as the mountains that surround it. The nomads that walk the hillsides tending their herds still dress in the traditional heavy wool garments that their ancestors wore and have that look of “bandits” about them, with long, unkempt hair and long knives tucked into their leather belts. Farmers till their fields sowing and reaping the highland barley that has long been the staple of all Tibetan foods, and the festivals that go with the Buddhist culture of the people are done in the ancient ways, with the Shoton Festival being one of the most important in their calendar.

While still devoutly Buddhist in their beliefs, the locals in the valley have rarely ever seen foreign tourists and live their lives in the same way they have for over a thousand years. Ruins dot the landscape, left over from the ancient Gongtang Kingdom, remnants of a long-forgotten realm that died out long before western explorers ventured to the mighty Himalayas, and the ancient temple pf Dolma Lhakhang, now partially in ruins, still stands strong as a testament to the building works of that long-lost kingdom. Filled with cultural significance, the temple is one of the most important sites in the area and is still used as a place of prayer and meditation.

While there are ruins and temples to see within the area, the most stunning part of any trip to the Kyirong Valley is the landscape itself. A great location for those who love to hike, but are not up to the higher altitude treks such as EBC or the Kailash kora, the lush green valley, with its many tributaries, is the ideal landscape in which to hike, passing across vast open meadows and through ancient and primeval forests mostly untouched by man.
Like entering some long-forgotten paradise, or the fabled land of Xanadu, Kyirong Valley is filled with natural wonders that will amaze and inspire. In the lower regions of the valley, which are a mere 1,700 meters above sea level, the lush grasses and trees give you an immense feeling of oneness with nature. While in the higher areas of the valley, which extends to an altitude of around 7,000 meters, you can see the drier and less verdant landscape, dotted with small flowers, the tiny Cordyceps that grow individually from the stony soil as if trying to cover the landscape with a deep pink carpet.

While it is possible to visit the valley all year round, even in the depths of winter, the best time to visit the Kyirong Valley is during the summer months, from June to September. The flowers are in full bloom at this time, and the weather is warm to hot, and more than a little humid. The shoulder seasons are also a good time to visit, as the lush forests are bringing out the new leaves in the spring and dropping them to the floor in a red and gold blanket in the fall. Even the winter, it is possible to make the trip to the valley and explore the stunning vista of the forests and meadows, which do not get the harshness of winter that the rest of the region experiences. While not as colorful as summer, the weather is pleasant, and while a little cold, it is much warmer than Lhasa and Nyingchi in the east.

For all travelers who are waiting for passing the border, they can live in the local town of Zongga, which is just 20 kilometers to the north of the valley. Not the largest town in Gyirong County, it is the county seat, and has its own unique charm. Gyirong Town is a little farther away to the north, and is the largest town in the county, with plenty of places to stay for foreign tourists and a few more amenities than you will find in the valley itself.