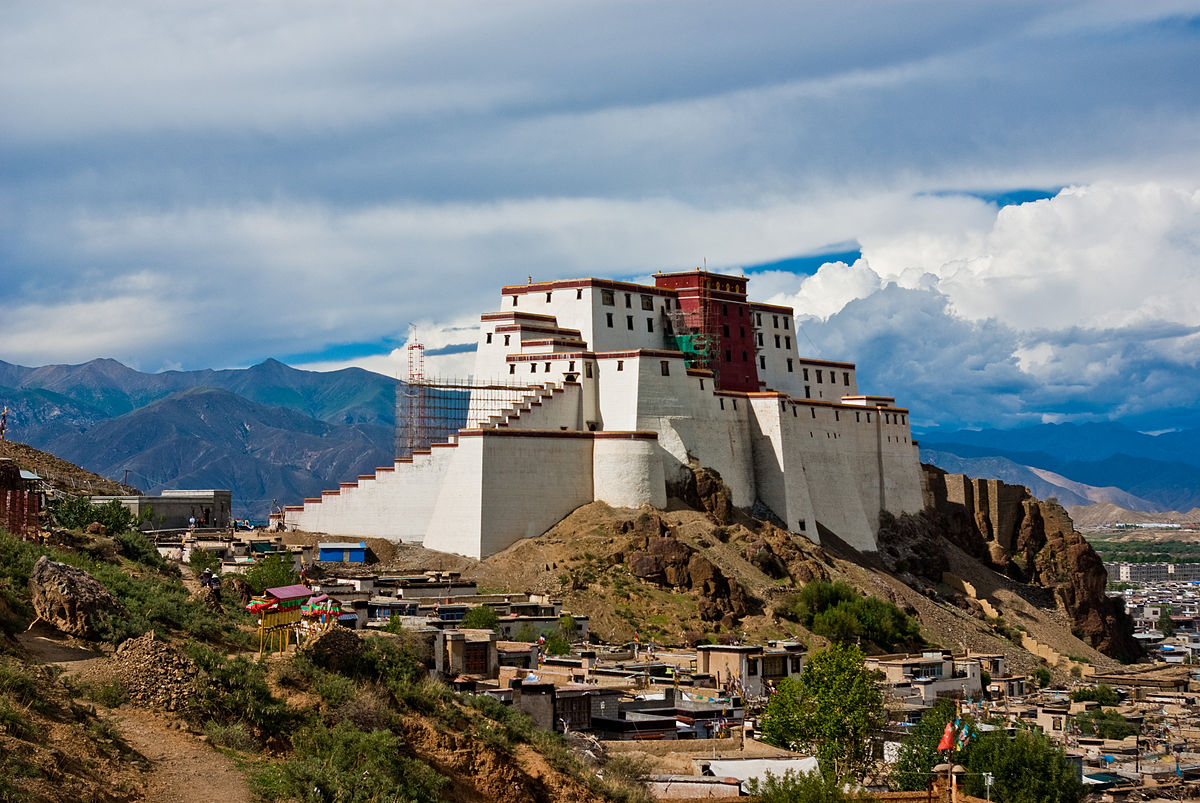 Location: Shigatse, also named Xigatse, means ‘the fertile land’. It sits in the plain at the confluence of the Yarlong Tsangpo and Nyangchu Rivers, where Tibet’s most fertile land is to be found. Shigatse is of great importance for its location in this area. It is 300 kilometers (about 186 miles) away from the world’s highest peak Mount Everest, 150 kilometers (about 93 miles) away from the Sakya Monastery and also on the only path to Tibet’s holy lakes. Thus it is quite an important base for people heading for those places.

The city has a history going back more than 600 years and it is this ancient holy city that is the traditional seat of the Panchen Lama, one of the spiritual leaders in Tibet. The city is also the cultural, economic and political center of Tibet.

As one of the world’s highest cities with  beautiful high plateau scenery, the area is also a hot spot for Chinese tourism. Its long history gives this city a strong cultural heritage, especially in respect of Buddhism. The approximately 600 year-old majestic Tashilhunpo Monastery has a magnificent architectural style with a golden roof and resplendent buildings. Dozens of monasteries belonging to different sects enhance the atmosphere of Buddhism. Various

grand festivals like Buddha Unveiling Festival in the monasteries each year give people a chance to admire the huge portraits of three Buddhas.

Tashi Lhunpo Monastery, founded in 1447 by the 1st Dalai Lama, is a historic and culturally important monastery in Shigatse, the second-largest city in Tibet. It Located on a hill in the center of the city, the full name in Tibetan of the monastery means “all fortune and happiness gathered here” or “heap of glory”.

The monastery was sacked when the Gorkha Kingdom invaded Tibet and captured Shigatse in 1791 before a combined Tibetan and Chinese army drove them back as far as the outskirts of Kathmandu， when they were forced to agree to keep the peace in the future, pay tribute every five years, and return what they had looted from Tashi Lhunpo.

The monastery is the traditional seat of successive Panchen Lamas, the second highest ranking tulku lineage in the Gelug tradition of Tibetan Buddhism. The “Tashi” or Panchen Lama had temporal power over three small districts, though not over the town of Shigatse itself, which was adm Tashi Lhunpo in its heyday housed over 4,000 monks and had four Tantric colleges, each with its own Abbot. After the death of a Panchen Lama, these four abbots led the search for his infant reincarnation and one of them always acted as a prime minister of Tsang under the control of the Dalai Lama in Lhasa.

Since the early 1980s parts of the Tashi Lhunpo monastery have been open to the public and it is an important tourist attraction in Tibet today.

From the entrance to Tashilhunpo Monastery, visitors get a grand view. Above the white monastic quarters is a crowd of ochre buildings topped with gold – the tombs of the past Panchen Lamas. To the right, and higher still, is the great white wall that is hung with massive, colourful thangka during Tashilhunpo Thangka Unveiling Festival. Circumnavigating the compound is a 1hr kora that takes you into the hills behind Tashilhunpo Monastery.

As you explore the various buildings of Tashilhunpo Monastery, you will see a lot of photos of the 9th, 10th & 11th Panchen Lamas.

How to Get to Shigatse

In terms of transportation, there are tourist buses heading for the nearby venues such as Lhasa, Zhangmu and Nakchu. No.318 National Highway and the China-Nepal Highway. These connect Shigatse with the outside world while opening up the outside world to people living here. Nowadays, the area is an important Tibetan communication hub and an air of modernization pervades the area. New industries including mechanics, chemicals and food production thrive here. Meanwhile, the traditional handcrafts have been encouraged and expanded. Products such as Tibetan knives as well as items of silver and gold are sought after throughout China and are exported abroad. 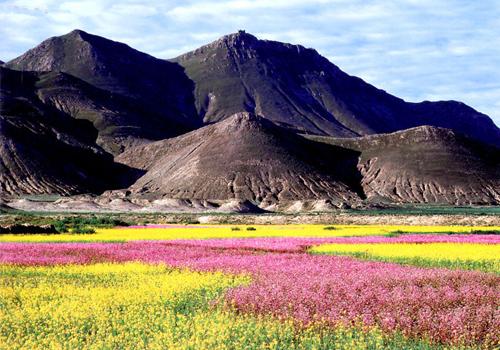 The average elevation here is in a range of 3840 meters (about 12598.4 feet) – 4464 meters (about 14645.7 feet), which endows cool and even cold weather to the area. In the high plateau, the climate is not very pleasant due to the frequent wind and dry atmosphere. However, it is not bad a place for summering.