There are many famous spiritual place to travel in India for yoga and wellness. Some of them are listed below : 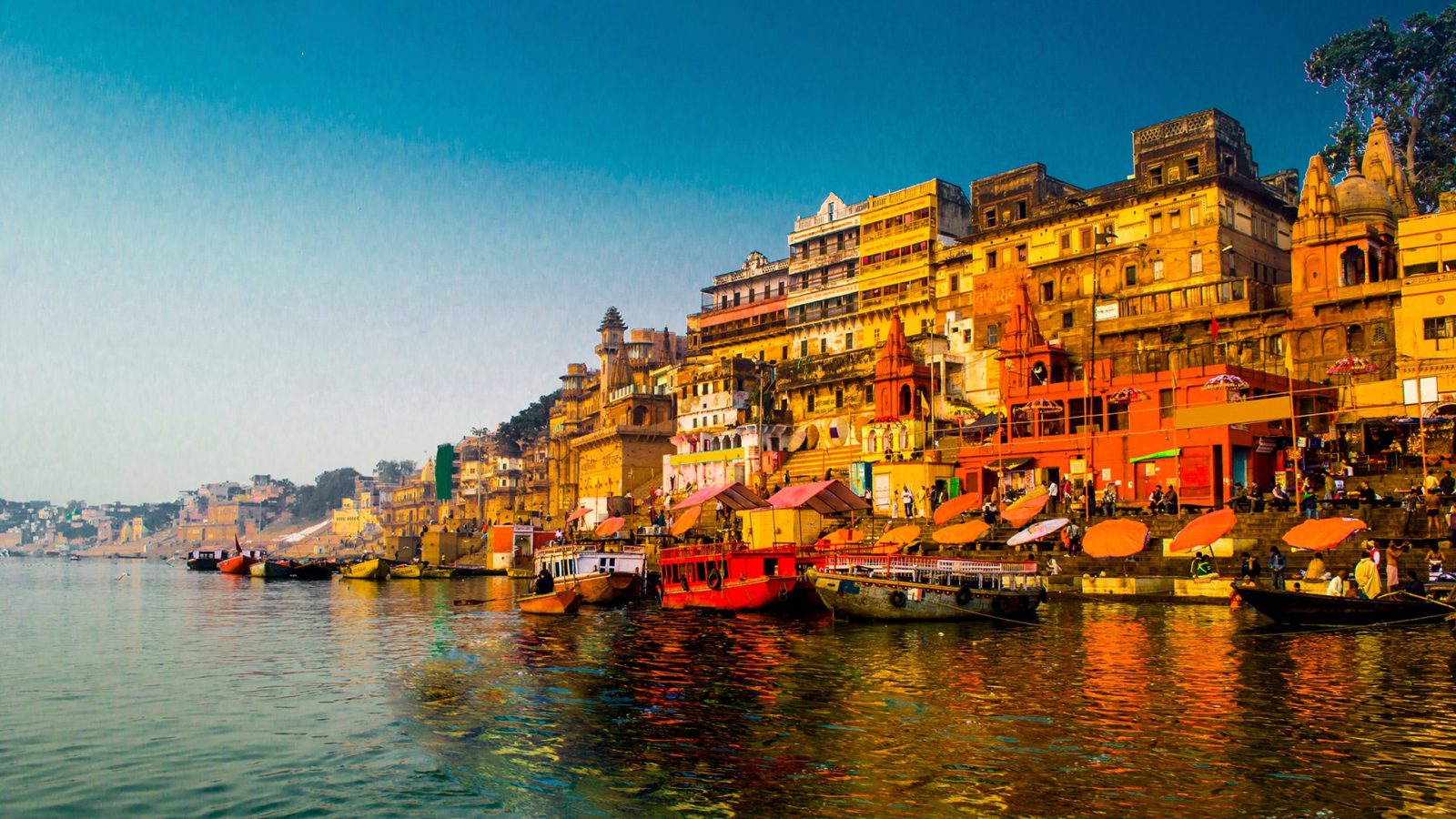 Varanasi, in the state of Uttar Pradesh, is one of the seven sacred Hindu cities with a very old history. Known as the city of Lord Shiva, the god of creation and destruction, it’s believed that anyone who dies here will be liberated from the cycle of reincarnation. The fascinating thing about this mystical city is that its rituals are revealed openly along the many riverside ghats. It’s an intense city that attracts Hindu pilgrims and foreigners alike. Consider staying at a riverside hotel for a more immersive experience.

Ancient Haridwar (the “Gateway to God”) is another of the holiest places in India, and one of the oldest living cities. Located at the foothills of the Himalayas in Uttarakhand, it’s particularly popular with Hindu pilgrims who come to take a dip in the holy waters of the fast-flowing Ganges River and wash away their sins. Unlike Varanasi, the water is clean and fresh in Haridwar. The evening Ganga Aarti holds ​a special appeal. Another popular attraction is the Mansa Devi Temple. 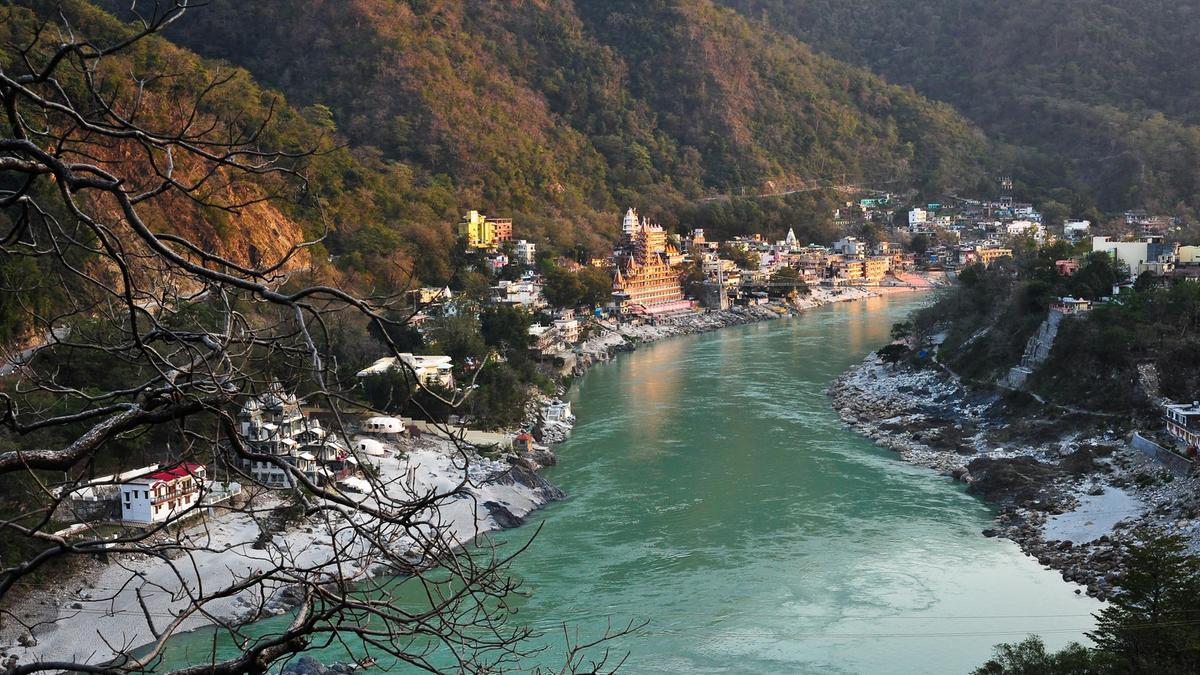 Rishikesh, the birthplace of yoga, is a popular place to come and meditate, do yoga, and learn about other aspects of Hinduism. It’s situated on the banks of the Ganges River, surrounded by hills on three sides, not far from Haridwar in Uttarakhand. Rishikesh lures those seeking knowledge and peace with its numerous ashrams and yoga institutes. It’s particularly popular with spiritual seeking foreigners, while Haridwar holds more significance for Hindu pilgrims. Because of their close proximity, many people come to Rishikesh and Haridwar in the same visit. There are Rishikesh hotels and guesthouses for all budgets so you can find a great place to stay.​

Amritsar, in the state of Punjab, was founded in 1577 by Guru Ram Das, the fourth guru of Sikhs. It’s the spiritual capital of the Sikhs and gained its name, meaning “Holy Pool of Nectar”, from the body of water around the Golden Temple. The exquisite Golden Temple attracts pilgrims from all over the world. It looks particularly arresting at night when it’s beautifully lit up, with its imposing pure gold dome illuminated. The Wagah Border is a popular side trip from Amritsar.

Bodhgaya is the most important Buddhist pilgrimage place in the world. Located in the state of Bihar, it’s here that Lord Buddha became enlightened during intense meditation under a Bodhi tree. The exact spot is now marked by the sprawling Mahabodhi Temple complex. The town is also home to dozens of Buddhist monasteries. Those who are interested will find plenty of meditation and Buddhism courses and retreats on offer. You can visit Bodhgaya on the Mahaparinirvan Express Buddhist Train. 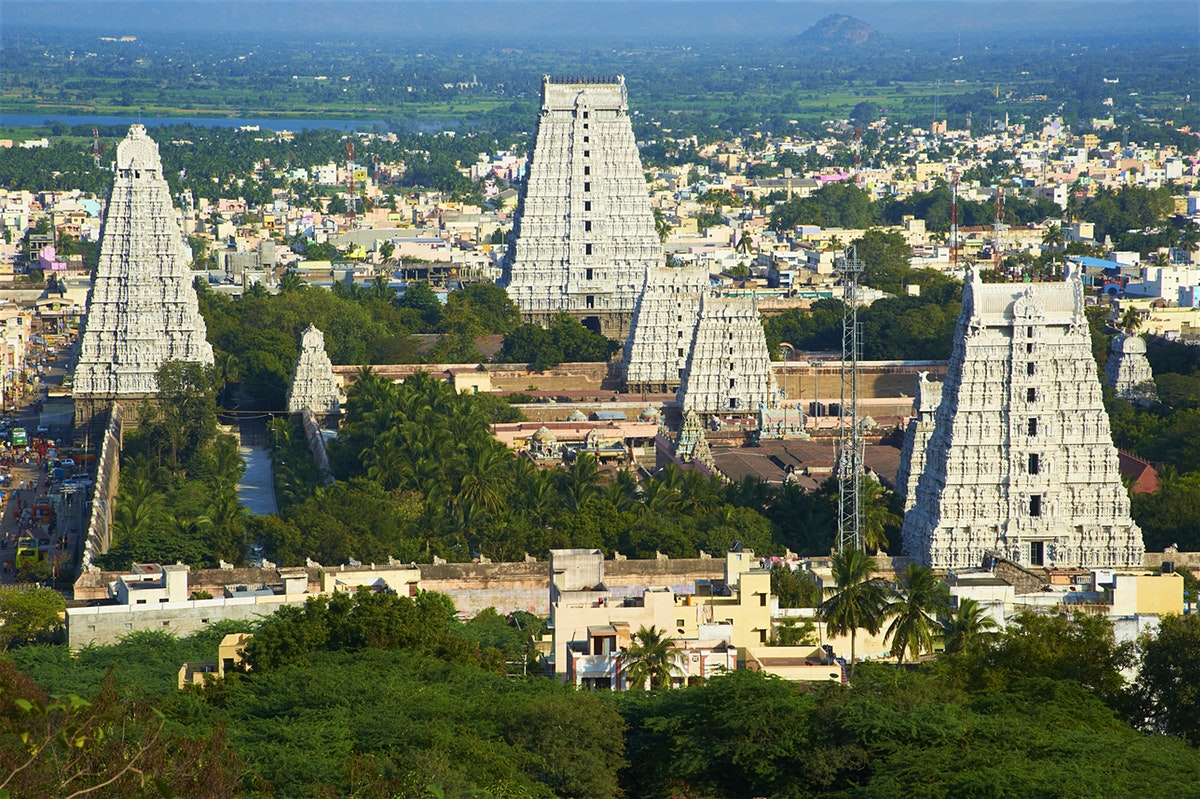 Located around four hours from Chennai in Tamil Nadu, Tiruvannamalai attracts spiritual seekers to its Sri Ramana Ashram and Hindu pilgrims who walk around holy Mount Arunachala and pray at Arunachaleswar Temple, where Lord Shiva is worshiped as the element of fire. Mount Arunachala is called the “most silent place on earth” as its powerful energy has the astonishing ability to quieten the mind. Meditate in a cave up the mountain and discover it for yourself.

Since the dawn of recorded time, people have been gathering for spiritual practise like yoga and meditation all over India. But where to start? Long-time yoga practitioner, Mariellen, shares how you can get the most out of your spiritual travels through India.

Whether it be on the banks of the Ganges River in Rishikesh, on the ghats in Varanasi, in the high Himalayas, or on the hot plains, here’s how to start your spiritual journey.

Why India is the Best Spiritual Destination

First of all, several of the world’s major religions were born in India, including Hinduism, Sikhism, Buddhism, and Jainism.

Small temples and shrines are set up on roadsides, in banks, even in underground parking garages. Seemingly every day, there’s a religious festival of one sort or another.

You might see your bank teller in a suit and tie at work, but later, performing a time-honoured puja on the banks of a sacred river, wearing an orange robe with tilak marks on his forehead.

Yoga and Meditation Retreats in India

The spiritual undercurrent in India has given rise to several forms of practise: the two most well-known in the west are yoga and meditation. You can find ashrams, retreats, and centers all over India.

Yoga comes from the Hindu tradition and includes meditation as a core practise. This is one of the differences between yoga in India and in the west – where it’s seen as more of a physical exercise.

Meditation is also associated with the Buddhist tradition, and it’s the main form of spiritual practise in Buddhism.

Though Buddhism was born in India, it’s now practised more prevalently in other countries such as Thailand, Cambodia, and Bhutan.

There are many forms of meditation in India along with yoga, including Transcendental Meditation and Vipassana.
Sarnath, India. Photo credit: Mariellen Ward

You can find all types of yoga and meditation all over India, from beginners to advanced. You’ll find there’s much less of a distinction on styles of yoga – or indeed even on the concepts of beginner or advanced partitioners.

If you’re already practising yoga at home, you can ask your teachers and colleagues for a recommendation in India.

Or, you can wait until you arrive and trust that you’ll find the right place. Here are some tips for finding a yoga teacher in India from Yoga Journal.

It was very near the end of my first trip to India that someone suggested I visit an ashram near Rishikesh. I was tired when I arrived, and had a nap. When I woke, I knew I had found my spiritual home – I had never felt more rested in my life. And yet, I arrived there by chance.

Rishikesh in north India is the picturesque spot where the Ganges River tumbles out of the lower Himalayas.

It’s often called the world’s capital of yoga, and makes for a great place to start your spiritual journey.

The peaceful valley is lined with ashrams and yoga and meditation centres, and people from all over the globe come here to study, practise, and chill out.

I liked Anand Prakash Yoga Ashram, which is owned and run by an Indian yogi and his Canadian wife. Here, you get the best of both worlds: authentic yoga teachings and western standards of comfort and cleanliness.

Yoga is also prevalent in Mysore, a small town in Karnataka, a few hours away from the capital of the state, Bengaluru.

For several other recommended yoga centers in Mysore, check the About India page on yoga in Mysore.

The Sivananda organization has a center near Trivandrum that’s located among lush forest greenery. And you can find yoga retreats all along the tropical coasts of these states.

These retreats vary in terms of accommodation standards and prices, from simple to luxurious. There’s a spot for just about every budget.

You can stay for just a few days, do a one or two-week yoga retreat, or take an in-depth yoga teacher training course, which usually lasts a month.

Most people loved their stay at the Ashiyana Yoga Retreat in North Goa. Located right near the beach, with good teachers, delicious food, and a wide range of accommodation options, Ashiyana offers both relaxation and serious yoga practise.