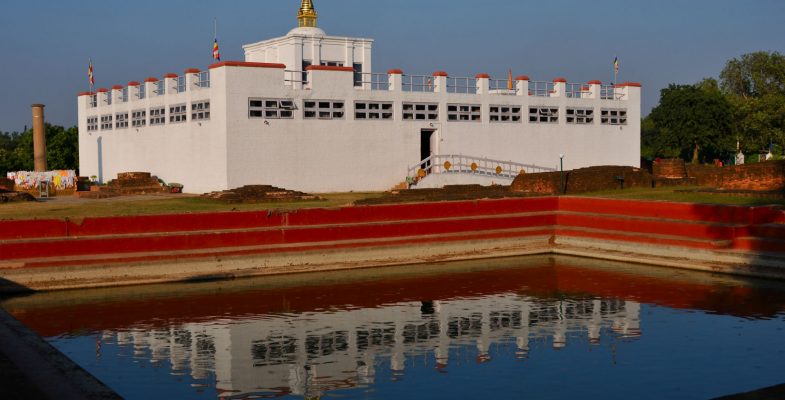 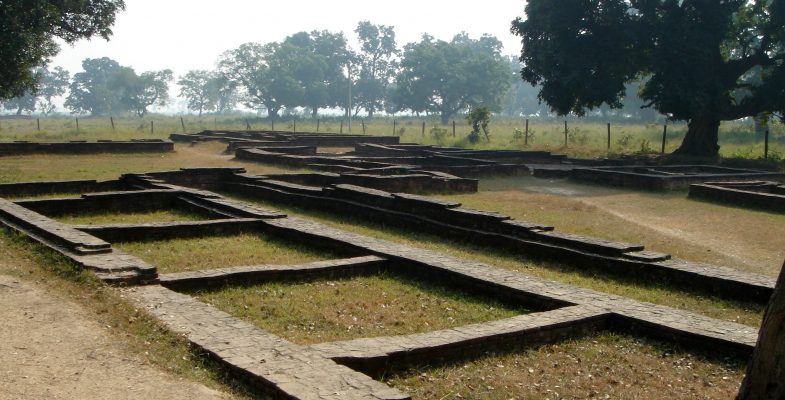 Shidhartha Gautam better known as Buddha, was born. It’s no great surprise then to learn that the world heritage listed Lumbini is huge religious significance and efforts Buddhist pilgrims around the world. Shakyamuni Buddha was born in Lumbini, in southern Nepal, twenty five hundred years ago. Lumbini has since been a holy ground for Buddhists all over the world. The restored garden and surroundings of Lumbini have the remains of many of the ancient stupas and monasteries. A large stone pillar erected by the Indian Emperor Ashoka in 250 BC bears an inscription about the birth of the Buddha.An important part of Lumbini is the temple of Maya Devi. It has a stone image of Maya Devi giving birth to Lord Buddha as she holds onto a branch. It has been well worn by the strokes of barren women hoping for fertility. To the south of the temple is a pool where Queen Maya Devi is said to have bathed and given her son his first purification bath. A quiet garden, shaded by the leafy Bo tree (the type of tree under which Buddha received enlightenment), and a newly planted forest nearby lend an air of tranquillity which bespeaks Buddha’s teachings.

Lumbini is now being developed under the Master Plan of the Lumbini Development Trust, a non governmental organization dedicated to the restoration of Lumbini and its development as a pilgrimage site. The plan, completed in 1978 by the renowned Japanese architect Kenzo Tange, will transform three square miles of land into a sacred place of gardens, pools, buildings, and groves. The development will include a Monastic Zone, the circular sacred Garden surrounding the Ashoka pillar and Maya Devi temple, and Lumbini Village, where visitors will find lodges, restaurants, a cultural center and tourist facilities.An important archeological site near Lumbini, Kapilvastu evokes the ancient palace where Lord Buddha spent his formative years.

Your hotel or accommodations in Lumbini.When you book, we will ask you to select a hotel to be picked up from. Once your booking is confirmed, we’ll send you a confirmation voucher/email with full contact information (phone number, email address).In case you need to update or change your hotel pick-up details, you can let us know until one day before the trip day. Please remember if your hotel is far from the Lumbini sacred place there may be additional charge for pick up for which please email us.

In this case you can come to Lumbini sacred place main gate or nearby on your own from where we can pick you up. We can exchange such an information by communication using WhatsApp/Viber. Our WhatsApp/Viber number is +977 9851027024.

From Usd 30 per person