Varanasi is a city in the northern Indian state of Uttar Pradesh dating to the 11th century B.C. Regarded as the spiritual capital of India, the city draws Hindu pilgrims who bathe in the Ganges River’s sacred waters and perform funeral rites. Along the city’s winding streets are some 2,000 temples, including Kashi Vishwanath, the “Golden Temple,” dedicated to the Hindu god Shiva.
Area: 82.1 km²
Elevation: 81 m
Population: 1.202 million (2011)

Some of the best top places to visit in Varansi 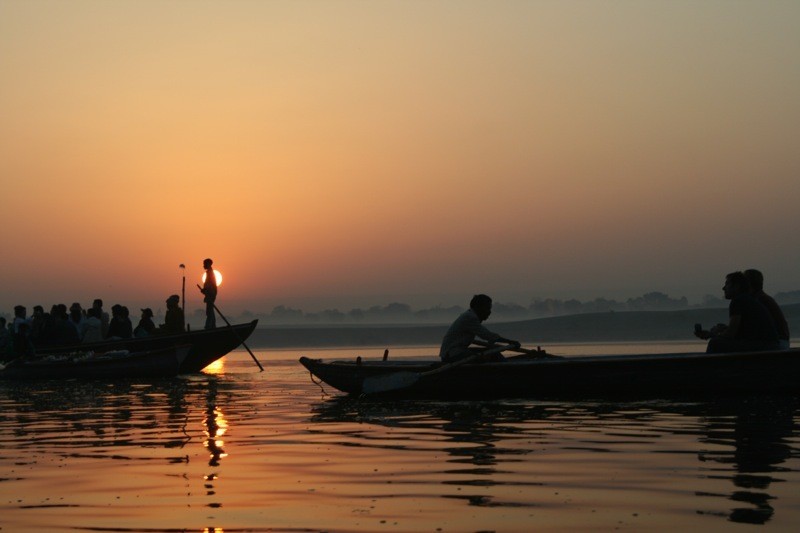 The Holiest river in the world, the Ganges, is a spectacle during the day but a quiet, mystical place at sunrise. Soft pastel colors paint the sky as a few boats glide up and down the river. The cruise will float you past all of the different ghats, passing multiple temples along the way. Even at sunrise, there is much action on the banks of the Ganges, which makes it one of my favorite places to visit in Varanasi. Locals are taking their morning baths, washing loads of clothes and setting up stalls and shops for a day of trading. I just arrived at 5 a.m and hired a boatman within seconds. I paid 250 rupees for 2 hours although you can get a 1 hr journey for a 100 rupees so it’s up to you how hard you barter. However, that is the rough price as far as I heard. 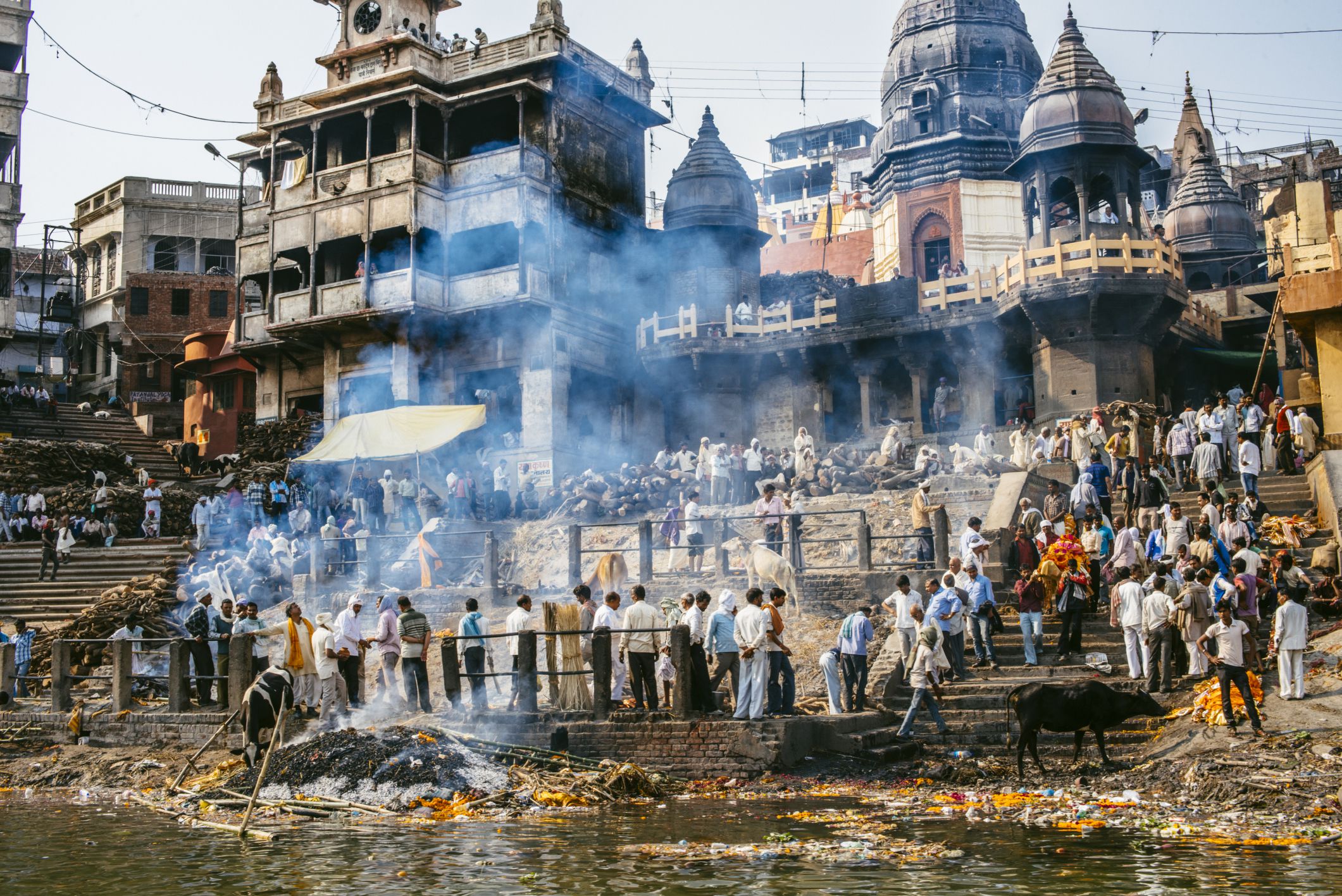 While all of the ghats are incredibly interesting, the burning ghat is a unique place. It is here that people come to stay in the hospice when they are dying. The cremations of bodies, funerals and other ceremonies happen on the banks of the Ganges at this ghat. As a tourist, you are allowed to pass through the ghat, observe and even take a few photos. It is important to remember that people are here to farewell their loved ones so make sure you act with respect both with and without your camera. Beware of the volunteers who will give you a free guided tour before trying to force you to make a donation. 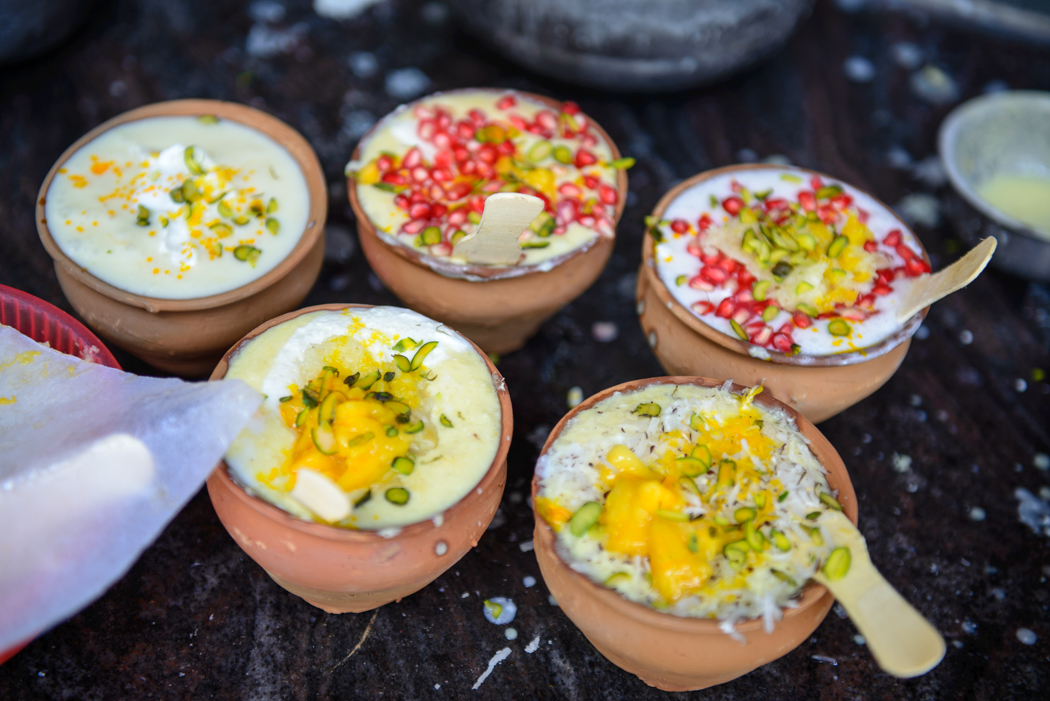 Blue Lassi is a hole-in-the-wall cafe, which celebrated its 75th birthday in 2015. It still is and always had been a family venture and the hundreds of photos on the wall are a testament to that. A lassi is a yogurt drink but they are a little bit fancier at Blue Lassi than your average cup on the street. Handmade by a man sitting on the small porch that overlooks the lane, the lassi’s come in a range of flavors. You can pick a base of peach, mango, banana, pomegranate or several other flavors before picking your toppings. It’s pretty much the cold rock of Varanasi! My personal recommendations or chocolate/banana/coconut or the coffee. Try and stop at just one!

Take a holy bath in The Ganges

Arguably the holiest river in the world also happens to be one of the dirtiest. The locals of Varanasi are adept to the conditions of the river but many foreigners get sick from the tap water in India let alone the Ganges. During my sunrise boat trip a dead cow floated past us. However, if you are brave and want the ultimate souvenir from Varanasi, a blessing from the holiest river in the world, you may just need to hop in. I decided to venture out into the water up to my waste. I didn’t get sick. Win.

Visit one of the 2000 temples in Varanasi

Explore some of the temples of Varanasi.. there are over 2000 of them spread throughout the city. Some of the most popular temples to visit are:

It really depends what you are looking for. There are buddhist and hindu temples and muslim mosques throughout the city. If you prefer you can always see several of the temples from a boat but I suggest heading inside some of the temples.